As a followup to the redesigned ice coverage images i also looked again into earth views with cloud cover.  I showed clouds in previous Images but displaying clouds in a 3d earth render is difficult for two reasons: first clouds are difficult to depict realistically so such renders are very slow.  Second due to the rapid change in cloud patterns high resolution data of these is not available on a global scale.  The only possibility for a large scale seamless image are geostationary weather observation satellites and these produce low resolution data.  Higher resolution images from lower orbit need to be assembled from several individual images and this inevitably leads to artefacts due to the movement of clouds between orbits of the satellite.  The following renders use the Blue Marble Clouds image which is assembled from MODIS data.  This data is from February and is somewhat incorrectly used for both the January and July images shown in the following.

I am starting here with three northern hemisphere perspectives focusing on Europe, North America and East Asia that i used previously for whole earth views on the Imagico.de services and products.   These older views are without sea ice and cloud cover.  The following three images have the sea ice added (using data from the University of Bremen) and a slightly changed style: 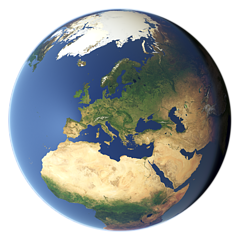 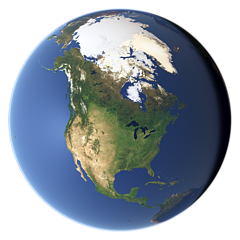 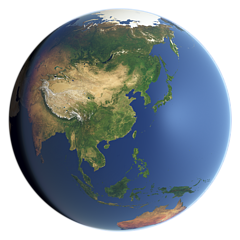 And with clouds in addition: 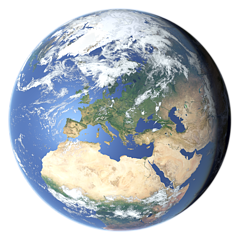 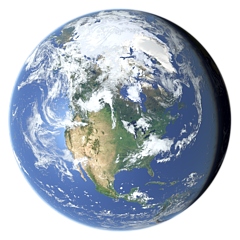 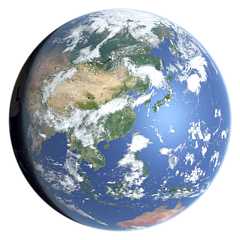 Both these sets of views use land coloring and sea ice data from the northern hemisphere summer. I made use of some artistic freedom to move the lighting a bit further north than it would be in reality to get good light on the whole Arctic. But to show how the appearance of the Earth changes with seasons i also made winter renderings: 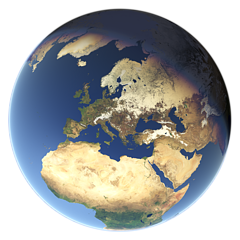 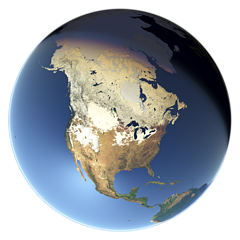 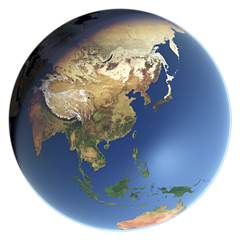 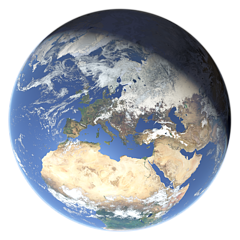 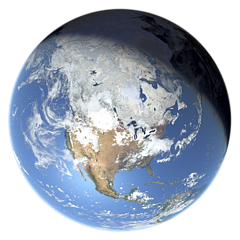 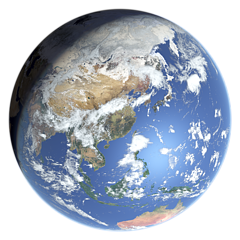 You might notice that the sea ice extent is not so much different in the winter and summer versions. This is because minimum and maximum sea ice extent are reached in autumn and spring, quite some time after the times depicted in these images. I cheated a bit with the lighting in the winter views as well, it represents a somewhat later time in the year – In mid winter everything north of the Arctic Circle would be in darkness.

All these images are now available on the Imagico.de services and products. Different times of the year as well as different perspectives could be produced as well – let me know if you are interested.